The Spaceframe Team are excited to announce the recent arrival and official naming of out latest litter with Guide Dogs Queensland.

In 2019, we helped fund the travel of 'Valisa', a Californian Guide Dog, out to Australia to help introduce a new genetic line into the next generations of working dogs.

We were so thrilled and honoured to be offered the privilege of naming the most recent brood of seven gorgeous pups - 4 boys and 3 girls.

Similarly to the V Litter (named by the extended Spaceframe Family), the competition call was sent out for naming rights.

We were honoured to be approached by Guide Dogs Queensland to be part of their first Giving Day.

For 24 hours only on April 29th, any donation made was QUADRUPLED by the matching donors.

Thank you to our amazing clients and subcontractors for helping us to be the highest fundraiser on the day! 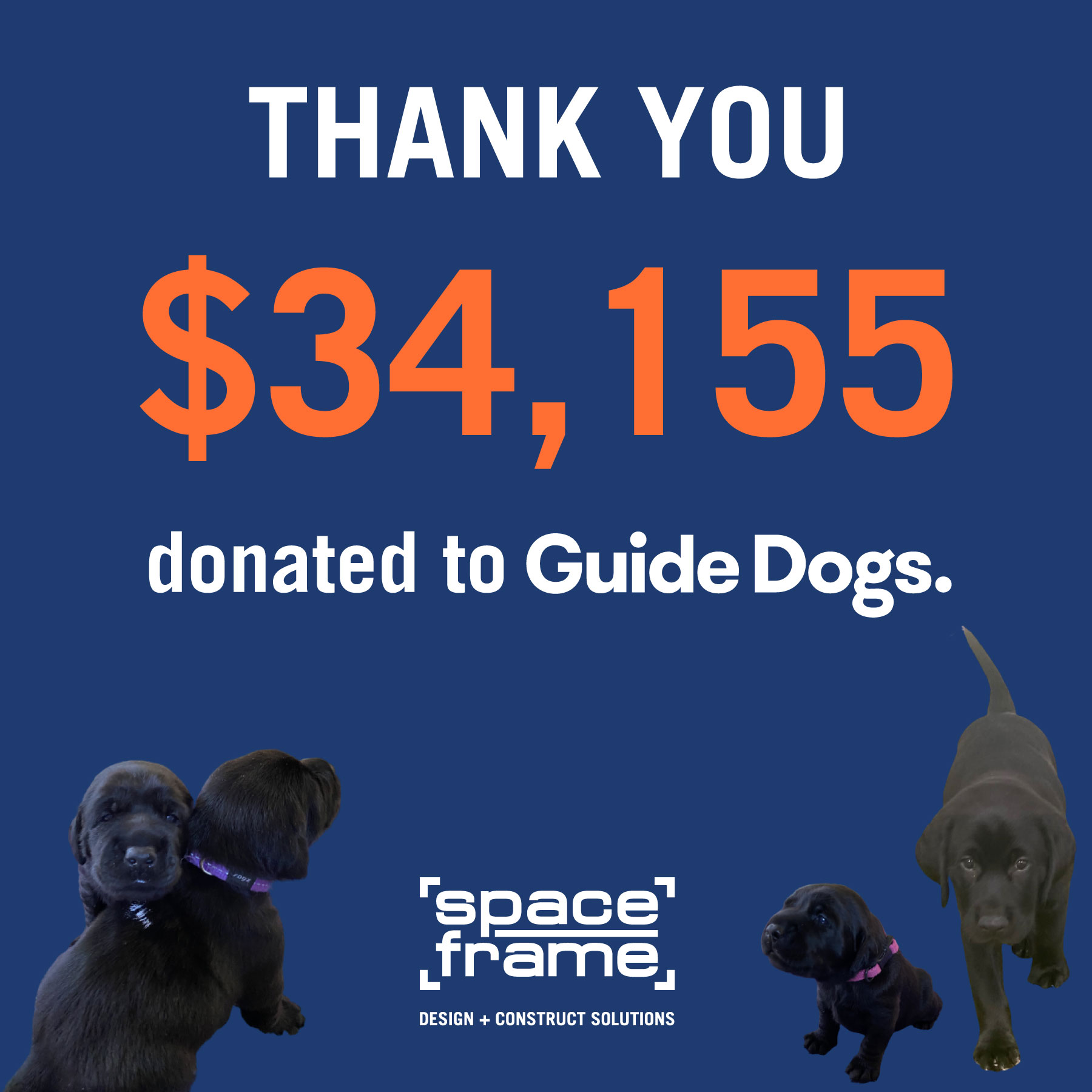 For more information about design and construction The Spaceframe Way,
contact us today.